Women in Law: Moving Forward Together

Women’s progress in one of the most respected professions in the country represents a significant evolution in our society’s mindset and culture. Certainly, the acceptance of women in the legal profession has come a long way since Arabella Mansfield, the very first woman to practice law in the United States.

Women are attending law schools and entering associate positions more than ever. Once male-dominated roles like Judges, Equity/Non-Equity Partners, General Counsels, Deans, and other leadership positions are now accessible to women attorneys. With years of dedication and arduous work, women finally have the opportunities to rise above the ranks and take their seat at the table.

According to research conducted by the American Bar Association, 24% of women are now partners compared to only 15% back in 1999. Slowly but surely, law firms are becoming aware of the value women add to their business. For example, studies found women attorneys are more likely to provide collegial atmospheres that foster collaborative efforts and efficiency in contrast to the often stressful and cut-throat environment between colleagues in a typical law firm. Also, diversity supplies myriads of perspectives and strategies for pitch packages, trial preparations, and maintenance of current clientele. Contrary to the traditional and stone-age ideology, multiple studies have shown that women are just as smart, passionate, and capable as their male counterparts.

Despite the better opportunities now within reach for female attorneys, society is not advancing fast enough as there still remain great challenges rooted in tradition and prejudice. Women have been fighting for equal opportunity and independence since Plato’s time up until the Me-Too Movement today. And there is still work to be done.

Due for A Change:

Though women are starting to fill leadership positions in law firms, law school, and other legal institutions, men are still two to five times more likely to be promoted than their female counterparts. Even with the same years of experience, women still need to prove themselves by working long billable hours and taking multiple projects at once. As a result, it can create an environment where the associate could feel overwhelmed. Without a mentor that can relate to the struggles and experiences of being a woman in a male-dominated field, the associate could feel isolated as well. As a result, many women attorneys leave their firms. They then must start again in another firm or open their own practice which holds its own set of obstacles.

Male partners have consistently earned higher compensation than female partners. There are numerous studies which show that the pay gap has only increased overtime between men and women. The worst part is that women of color are reported to have the least compensation compared to white women.

Subtle biases still exist against women. Somehow, there is still a perception that women are less committed than their male counterparts. For example, experienced women attorneys receive comments that their attention is divided between work and family at home.

Women attorneys also notice that negative experiences are held against them far longer than their male counterparts. In fact, male attorneys seem to have instant credibility compared to female attorneys who must earn a positive reputation and strong credibility.

Furthermore, women attorneys who decide to expand their family and use their maternity leave do not receive as many projects, let alone those that require travel. Though it can be viewed as “sympathetic,” women attorneys simply are not given a choice whether they want the projects or not.

Women attorneys also do not receive any credit for expanding and maintaining the firm’s existing client relationships. It seems like they are expected to bring in new clients to the firm while their male counterparts are celebrated and praised for the same activity. Specifically, women of color are sometimes used as “trophies” for diversity-pitches but are never credited for the role they play in expanding their clientele. In many instances, women staying at work late are viewed as sad and miserable while male counterparts are viewed as diligent.

According to a study with a sample of 1200 experienced lawyers, 50% of women experienced unwanted sexual conduct at work while men formed 6%. Even in a profession sworn to uphold justice, women are more likely to be abused and objectified due to the culture’s sexist and prejudicial mindset. Policies that discourage sexual misconduct are not enough to protect women because they still occur in different forms and magnitude. Associates are not reporting the misconduct for fear of retaliation and termination.

We Can Do More Together:

The only way to move forward and effect change is to mentor, encourage, and educate. As a woman and an ally, you can assist in the following areas:

Network with women. If you can, open doors to women associates and law students to help them navigate the profession. It is important to learn about unique struggles and how they can be overcome. As a woman, you are not alone.

Role models are important. Especially for younger generations, “you can’t be who you can’t see.”

Awareness of our own biases, male and female alike, can aid in better decision-making. Firms should educate their partners and employees as to the proper and professional boundaries in the workplace, and the grave consequences of discrimination and sexual misconduct.

Support and propose policies/practices in the firm that supports women.

Be active and vocal on what is fair and equal. Just as in any workplace, if your team feels supported and valued, they will produce the best results.

Data were derived from:

From “In Their Own Words” by Joyce Sterling and Linda Chanow

ABA Initiative for Women in Law

From “Walking Out the Door” by Roberta D. Lieberg and Stephanie A. Scharf

ABA Initiative for Women in Law 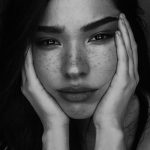 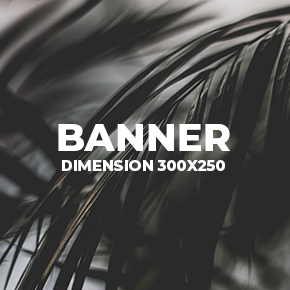